Colleen and her husband Barney in 2021

The stories we hear from our AIS/AES alumni are often fascinating and colorful and so very inspiring. 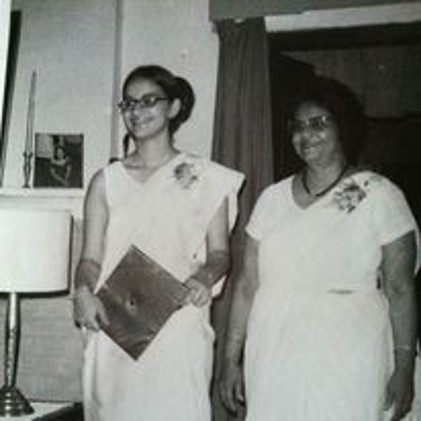 Colleen Townsley Brinkmann's story is no exception to this trend.  Colleen’s father, a mechanical engineer and theologian from UC Berkeley and USC, headed to India on a Japanese steam freighter in 1936 to be a Methodist missionary.  He met his wife in India and built a life with her here.  After spending time in South India, the family moved to Old Delhi when Colleen was 3 years old, and she joined AIS in 1958.  With the exception of two years in the USA (4th and 10th grades for Colleen; 1st and 7th grades for her sister, Kay), Colleen and her sister attended AIS for their full grade school education.  Kay graduated in 1968 and Colleen in 1971.

Colleen feels a sense of pride and connection to AIS and her biracial heritage. As shared with us, she grew up equally comfortable “visiting any of the Prime Ministers or Presidents or helping in leper colonies with her father.”  Some of her strongest positive memories at AIS include playing varsity basketball and working up the courage to run for student office in her senior year.  Although she wasn’t victorious, the memory of developing her platform, speaking in front of the school and being encouraged by others in the community was impactful.

About thirty years later she was able to travel with the person who won the election while on a visit to India!  She has visited India seven times since graduating in 1971, a few times with her two children and a few times leading group tours with her husband Barney.  She hopes to return in 2023 with her adult children and would also love to bring a group again.

Inspired by her art teacher at AIS, Mrs. Rahman, Colleen pursued a Bachelor of Fine Arts and worked in advertising, as assistant producer of a PBS series, and academic administration.

After the sudden deaths of both of her parents when she was in her 30’s, Colleen had an epiphany to pursue “something more meaningful.”  Eighteen months later she launched what would be a 35-year career serving nonprofits in Dallas, Texas.  As director of communications for a social justice organization she also produced a weekly NBC series and worked for a foundation focused on innovation.  The next 16 years were with the North Texas Food Bank building its brand as Chief Philanthropy Officer.  Colleen culminated her passion for meaning and service by leading a three year capital campaign that raised $110 million to provide nutritious food to hungry North Texans.  Now, joyfully retired in Sacramento, California with her husband, she continues to live “life in neon,” (her self-crafted motto) while spending time with family, in nature, cooking Indian food, and in service to others.

Colleen has written a book, Moonshot Leadership, outlining her journey.

We look forward to welcoming Colleen back to AES (AIS) when she returns to India!

Above:
Colleen with her mother, Eileen Hakim Townsley, at their home in Old Delhi before graduation in 1971 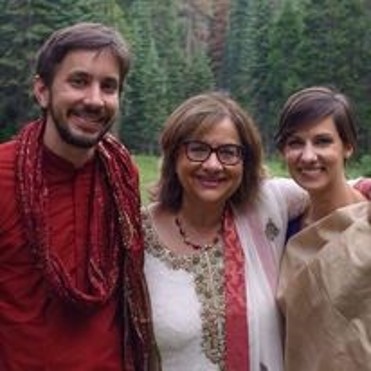 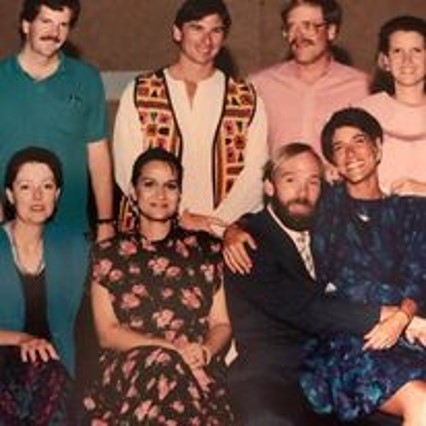 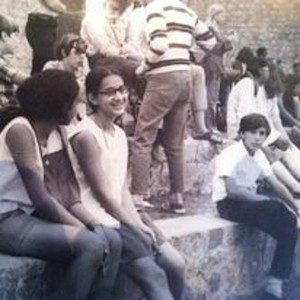 Dan Rizzie (Grad '69) is an internationally acclaimed artist who traces some of his artistic roots and inspiration to his time in India and AIS. More... Ahana Banerjee talks about her journey to launching the first social media platform for skincare. More...